My snowshoes crunched into the frozen bank of snow. Only one other track of shoes helped to distinguish the trail ahead. The sun was beginning to peak over the ridge of the mountains to the East and when it hit the snow  – the dazzling purity nearly stung my eyes, diamonds glinting in a frozen world. The parts of the trail still in the shadows felt distinguishably cooler by several degrees. At 7,000 feet there was at least 3 feet of snow and the weather forecast claimed 15 degrees for the early morning at Great Basin National Park. In the quiet of winter there is a stillness and silence, broken only by the occasional bird that is hard to describe. Trekking through the canyon felt both sacred and serene, albeit freezing. Despite my ears stinging from the cold where they peeked out beneath my beanie and my nose running from the cold, as I walked, a peaceful solitude washed over me and joy filled my heart. It is near impossible, in the presence of somewhere so beautiful, so wild and so perfect to experience anything other than awe, gratitude and bliss. We stopped when we reached a frozen meadow, sage bushes painting the expanse and sat in the sunshine enjoying the snacks we had packed.

We saw only one other person, essentially having the entire National Park to ourselves in the dead of winter. The visitor center loans out snowshoes for free and this adventure up Pole Canyon (5 miles round trip) was my favorite by far. The day before I had to get over my disappointment that the pass to where the Bristlecone Pines were located (the oldest trees in the world) was closed and we wouldn’t be able to see them, at least not this trip. Instead, we snow-shoed an accessible trail, tromping over frozen creeks and up through winding valleys, enjoying the frozen scenery. We also got a chance to tour Lehman Caves, a giant network of caves inside the park with incredible formations. The park has over 40 caves, some of which have pictographs and petroglyphs from the Native American’s who once inhabited the land. There is something about seeing them that fascinates me, a reminder of the people who knew intimately how to live and be in relationship with the land. We stayed close to the park in Baker, Nevada for three nights. It was too cold to tent camp with temperature in the low teens so we crashed at The Stargazer Inn,  the one motel in town, and they even opened their restaurant, Kerouac’s, for New Year’s Eve! Dinner was spent reflecting on 2019, it’s accompanying growths and successes, challenges and gratitudes as we set intentions for the year ahead. At 9pm we erupted in cheers, the small but cozy restaurant filled with locals and park rangers, ringing in the East-coast New Year’s in a totally memorable fashion.

The next day would be spent driving America’s Loneliest Highway (the 50) from Baker to Austin where we would cut down through Humbolt-Toiyabe National Forest and end our trip in Death Valley National Park. It was a full week of exploring off-the beaten path trails, roads and parks throughout Nevada and it left me wanting to get even more lost in the wild, beautiful expanses. From desert to basin, to mountain to valley – the raw and open space filled my heart and my eyes and my mind with its magic. The first night of the trip we had passed through Vegas to Valley of Fire State Park.  Splashes of color in the desert, rock formations, wildlife, dramatic views as far as the eye could see.  Both the campsites were full when we finally arrived at 11pm so we backtracked to a primitive spot outside the park where we froze the first night. In the morning, however, the view of the desert stretching to the mountains topped with snow was all the greeting I needed to remember why I was there. The park offers short but scenic hikes to different formations and attractions – we saw “the wave” naturally occurring layers in the rock reflecting that of the sea, we hiked through slot canyons and my favorite, through Mouse’s Tank – a canyon made famous by it’s plethora of perfectly- preserved petroglyphs. We ended the day as the sunset near elephant rock before heading to our primitive site, cooking over a campfire and reading out loud to each other as the stars came out and moon followed suite.

The next day we headed up the 93 highway enjoying the varied landscape, from the groves of Joshua Trees to the feet of snow at the mountain passes. We stopped at Cathedral Gorge State Park and played in the slot canyons and unique formations, reminiscent of Bryce National Park. It was as if someone took the sand drip castles that you make on the beach as a child and plopped them in the middle of Nevada. Our plan had been to tent camp there for a night but with the high elevation and weather predicting a below 20 degree night, we headed north to Baker towards Great Basin and the promise of a warm shower at a motel.

As we ended the trip in Death Valley, set up our tent for the final time and eventually got a fire going to warm up as the night closed in around us. A shooting star offered it’s invitation and I wished a final wish before heading off to bed, grateful for the 30-degree increase in weather compared to everywhere else we had stayed. A bittersweet feeling settled into my soul as I mentally prepared to return home, I felt as if I could just keep going but the commitments of life pulled me back.  The next day over salt flats and the lowest point in North America we found solitude and meditated beneath red cathedral cliffs at Golden Canyon Trail.   Humbled to be so small in a place so great, humbled to feel so connected in a land so vast.  In the desert resides a different kind of quiet, and as I walked the sound of the rocks and dry earth crunching beneath my hiking boots, the sound of my breath, even the thump of my heart seemed to be deafening in the space.

When we arrived home I understood that I brought something back that was un-tangible. Of course it was nice not to pile on three pairs of leggings just to sleep before cocooning myself in another three sleeping bags, to cook over a real stove and the all the convenience of modern-life but I was also reminded how much I love to be off the beaten path. How the charm and simplicity of a life on the road speaks to me innumerably more than settling down does and how I feel most connected and most alive in the wild open expanses that mirror that of my own soul. Perhaps the time is near when I can honor that call just as much as I honor the commitments life demands for the time being. Until then, I carry the moments of awe in my heart – they ground me to the earth and help me to remember where I am from.

As I write, the sun shines down on me in what feels like summer in January in San Diego – and a blessing of a thought crosses my mind:

The world is too full of unknowns. If you have the chance to love, love fully, If you are strong enough to forgive, forgive completely. If you are brave enough to listen to your heart and soul, listen closely. If you dream of being free and wild; surrender all you’ve built and risk looking like a fool for the unknown. The universe rewards the dreamers who take the leap.

8 thoughts on “Off the Beaten Path” 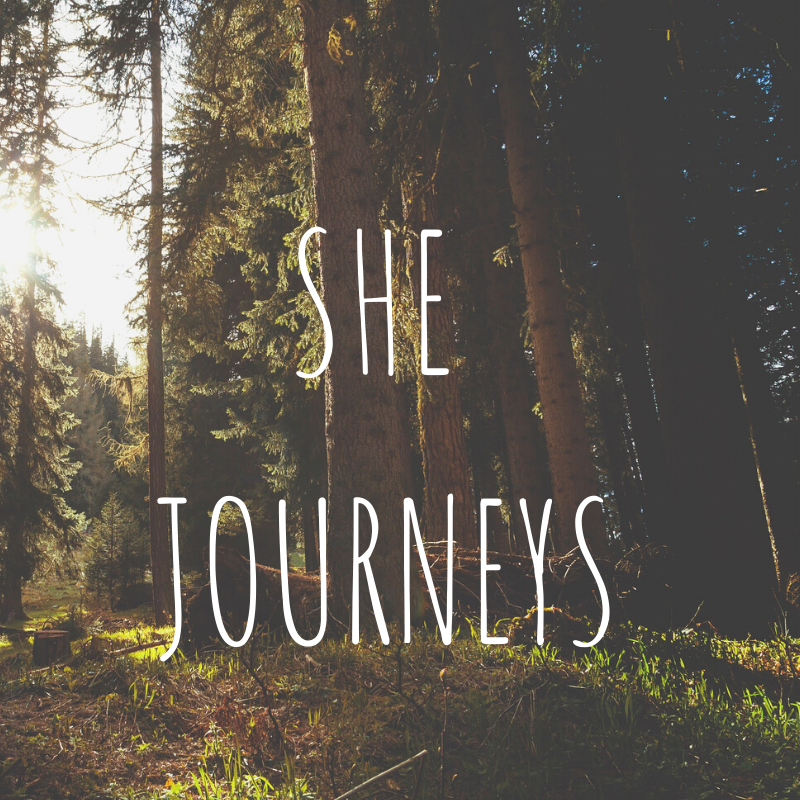 Lastnight I facilitated my FIRST EVER circle on honoring and developing our intuition. ✨ 11 beautiful souls joined and I couldn’t be more grateful! Everyone has intuition that manifests in different ways. We explored each one and did exercises to strengthen the connection to our intuitive gifts. Surrounded by friends, crystals and the best vibes - this was a dream I’ve dreamed for so long and I am so excited to hold this space more and more. Thank you @thecommunityhouse.cardiff for the perfect setting! 💖 🙏 #intuition #psychic #crystals #sacredcircle #intuitiveguidance #clairvoyance #clairsentience #claircognizance #clairaudience #tribeofwomen #powerincircle #healingenergy #empowerment

SHE JOURNEYS, littlewanderer.us, shejourneys.us, littegypsy.us, 2018. © Unauthorized use and/or duplication of this material without express and written permission from this blog’s author and/or owner is strictly prohibited.